Choosing the tire size is a tough task indeed when it's about having a proper fit on the vehicle. Getting better speed, braking, performance, friction on road, etc. depends a lot on the right selection of wheels.

However, the task becomes harder when the selection is between 275/55r20 and 275/60r20 tires. Can you guess what the difference between these two tires is or what the numbers actually mean?

Basically, the numbers are the factors that indicate the specs of the tire. And when you compared two tires, these numbers and letters help you get to the conclusion.

These pretty similar tires have one major difference, which is the aspect ratio. And here, we'll tell you the reason behind the difference. 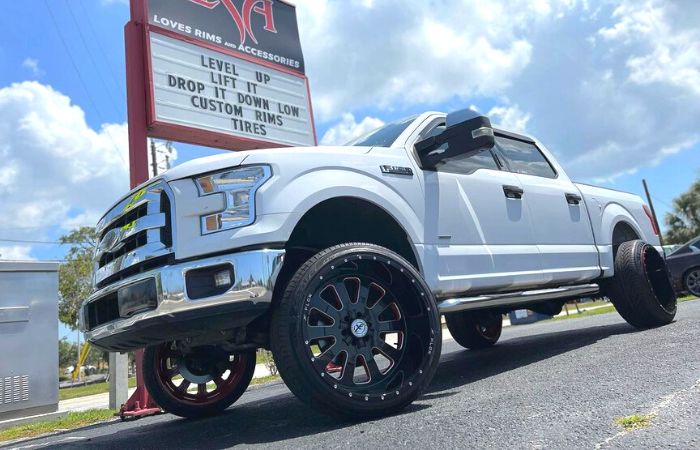 The key factors to decide the difference

Mainly four factors are there that decide the difference between 275/55r20 and 275/60r20 tires. However, the numbers and letters may appear a bit confusing to you. These letters and numbers are the key factors here.

It's hard to differentiate these two types of tires without knowing about the letters and numbers shown above. However, the tires are pretty the same on paper except for the aspect ratio.

Meanwhile, it's necessary to know whether both these tires are similar in terms of width, construction, and rim diameter in actuality or not.

If you are a newbie in this field, you need to have an in-depth idea about these tires to differentiate. Stay with us to know more about the differences.

It's hard to compare these two tires when you are totally ignorant about what the numbers and letters actually mean.

Before moving forward, it would be great if we go through the following chart that shows the difference between these two tires.

Except for the width, it seems all the remaining five factors differentiate from 275/55r20 to 275/60r20. The key factor here is the aspect ratio, which is 3.5% more in the second tire.

Again, another distinguishing fact that makes these two tires different is the diameter. Following the aspect ratio, the second tire comes with a 3.4% of larger diameter as well.

Even though the difference looks tiny on paper, it becomes crucial when the question is about fitting the tire on a particular vehicle model.

Another field, where the second tire gets better than the first tire is the sidewall height. It comes with 9.1% more height compared to the first tire. However, it's quite obvious because of having a better aspect ratio, diameter, and circumference.

In the sector, the first tire that goes on to win the battle is the RPM or revolutions per mile. The 275/55r20 tire has 3.3% better RPM than the second one.

What’s the width of these tires?

If you are thinking to go for any of these tires in terms of width, you can go for either the first or second one. The truth is that both these tires have identical widths of 275 millimeters.

The three numbers on the tire specs tell us how wide the tire is, and it is measured in millimeters. To take the measurement, the manufacturer measures the tire from one sidewall to another sidewall.

Meanwhile, there isn’t any confusion regarding the accuracy of the width as it is measured with highly accurate instruments by the manufacturing company.

One thing you need to know is that only the tire width shouldn't help you taking the right decision. You should move on to the further steps before deciding, which tire you should go for.

Is there any difference between the aspect ratio?

It is the cross selection of height or width of the tire that is multiplied by 100% to get the accurate aspect ratio. Even though there is zero difference between the widths of these tires, the aspect ratio differs.

However, you may think that the difference of 5% isn’t a big deal here. But when it comes to the tire selection for any vehicle, it’s a massive factor to impact.

You need not think twice about the difference in the construction of these tires because both have the same sidewalls. The first and only letter on the tire's size index deals with the construction type.

Basically, the tires have two types of construction.

Checking out the size index of both tires, we can tell about having zero difference in the construction. The radial construction has provided strong sidewalls.

However, the choice of the tire again depends on the aspect ratio which is the sole factor that differs here.

Is the rim diameter the same here?

However, what does actually the rim diameter means? It's the space where the rim will be set on the tire. Moreover, it is also identified through the opening space on the inner portion of the tire.

To get the accurate rim diameter, you need to measure from one pullet to the other one.

What is the speedometer difference between these two tires?

Which tire size is better?

Well, the answer depends on which tire you need for your vehicle. If you compare the width of the tire, there isn’t any difference that can let you choose either the 275/55r20 or 275/60r20.

In the same way, the construction type is similar here that comes with the radial type. Moreover, the rim diameter is 20 inches, which is identical as well.

Therefore, the deciding factor here is the aspect ratio, which is measured in percentage. Because of this, one needs to know what aspect ratio the vehicle needs and that will be the one you should go for.